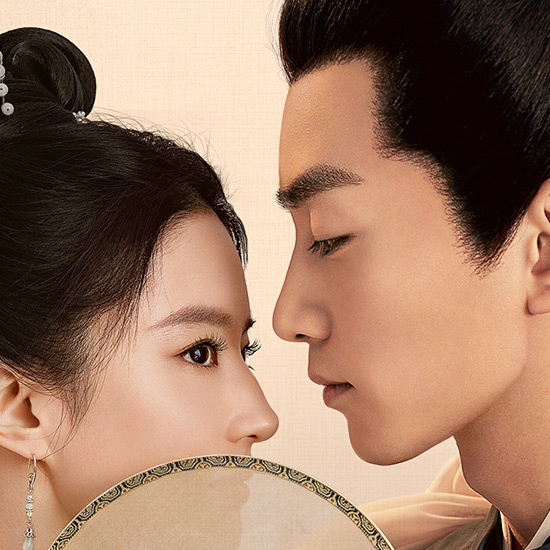 Based on ratings and online buzz alone, the costume drama “A Dream of Splendor” could wind up being the summer’s most talked about new show. Part of that can be chalked up to a big-name cast featuring Liu Yifei of Disney’s “Mulan,” but the series’ producers have also attributed the show’s success to its roots in China’s literary tradition — specifically the Yuan dynasty (1271-1361) playwright Guan Hanqing’s opera “Rescuing a Courtesan.”

Sandwiched between the poetry of the Tang and Song dynasties on the one hand, and the boom in vernacular literature of the Ming and Qing on the other, the Yuan has long been the odd dynasty out in China’s literary canon. That is especially true of zaju, a kind of musical comedy popular during the Yuan. The genre differs so drastically from contemporary plays in its format that even the work of masters like Guan are rarely staged today.

So, it’s a shame that the producers’ boast is misleading at best. A true adaptation of Guan’s play would be fascinating, but about the only thing the first eight episodes of “A Dream of Splendor” take from “Rescuing a Courtesan” are the names of its heroines, Zhao Pan’er and Song Yinzhang; its tame, fairy tale-esque romance could not be further from Guan’s more transgressive original.

Not much is known about Guan Hanqing’s life. Even the exact dates of his birth and death are unknown, though scholars speculate he was born prior to the Mongol takeover of the Jin dynasty in 1234 and died sometime after the year 1300. He spent most of his life in Dadu, in modern-day Beijing, where he worked as a physician in the Yuan imperial hospital. In his later years, he moved south to the economic and cultural center of Jiangnan, at the mouth of the Yangtze River. It was there that he wrote his most widely known sanqu, a kind of lyric poetry that, like zaju, was popular in the Yuan period.

There is evidence that Guan wrote at least 67 plays in his life, of which 18 have been preserved. The content of these works ranged widely, from tragedies and comedies to crime and historical dramas. He was also heavily involved in theater troupe management, production, directing, and acting, with his combination of productivity and hands-on approach to theater earning him comparisons to Shakespeare. An illustration for “The Injustice to Dou E.” VCG

Perhaps Guan’s best-known play is “The Injustice to Dou E,” which tells the tragic story of the titular young widow as she is harassed and framed by corrupt officials. Ultimately executed as a result of judicial corruption and bribery, her last wish is for her blood to fly as high as the fluttering white silk above, for snow to fall in June and cloak her body, and for the region to experience a three-year drought. Working off a mix of official historical biography and oral history, Guan Hanqing elevates this previously obscure young woman into a tragic figure. Trapped on the lowest rungs of society and with nothing to her name, Dou E nevertheless vehemently rebels against a world in which those with power can do as they please. “What kind of earth are you that cannot tell between good and evil? And what use is a heaven that mistakes worthiness for foolishness?” she asks in a famous monologue.

The characters of “Rescuing a Courtesan” exist in a similar milieu. In those days, playwrights, lyricists, actors, and courtesans all occupied the bottom rung of the social ladder, and Guan would have been familiar with the kind of women who had to sell their smiles and voices to the wealthy to survive. While he sympathized with their exploitation, he also appreciated the shrewdness they showed, and they became a fixture in his comedies. “Rescuing a Courtesan,” for example, tells the story of how Zhao Pan’er saves her fellow courtesan, Song Yinzhang, from a wealthy but abusive client through a mix of guile and charm.

It is a quintessential tale of the demimonde, but that’s apparently not good enough for contemporary television audiences. In “A Dream of Splendor,” Zhao isn’t simply a sharp courtesan; she learns account management from her madam and eventually sheds her “untouchable” status to take over a teahouse. Song, meanwhile, sells art, not flesh. Both are portrayed as fiercely protective of their chastity, and repeatedly stress that nothing could be baser than sex. The message is clear: to be worthy of saving, girls must first save themselves by remaining chaste and pure, even in the harshest of circumstances.

Based on that standard, Guan’s characters are degenerate, ignoble women unworthy of rescue. For one, in the play, Song favors the rich, detests the poor, and harbors wildly unrealistic dreams of marrying out of prostitution. Although Zhao is more clear-headed, her feisty nature earns her a reputation for indecent speech and behavior.

A series of stamps produced in honor of Guan Hanqing and his work in 1958. From 518yp.com

To Guan, none of this was a problem. He did not feel the need to center his stories on saintly, chaste women. Instead, he loved writing about flawed heroines with intense emotions and complex personalities. Zhao despises men and ridicules them as her conquests, but she also struggles with her reputation and longs to dress like a virtuous woman, instead of the heavy makeup and world-weary face of a courtesan.

Based on that standard, Guan’s characters are degenerate, ignoble women unworthy of rescue.
- Liu Qing, editor

Nor did Guan’s work shy away from the harsh realities and contradictions of being a woman trapped by unjust financial and power structures. In Guan’s “Gold Thread Pond,” heroine Du Ruiniang denounces the sex trade as an evil business suited only to the hypocritical and ruthless; she also confesses to having taken the family fortunes of countless men. In “A Deceitful Hussy Toys with Romance,” protagonist Yanyan is seduced and abandoned by a rich young man. She chooses to bear the humiliation stoically, until the man mocks her to her face and she explodes in a fit of repressed rage.

After Yanyan brings the young man’s life and arranged marriage to the brink of ruin, the man’s mother orders him to assuage Yanyan by taking her as a concubine. Yanyan dismisses the offer out of hand. “I never wanted to be a concubine,” she replies. “What do I care about his wealth? I just really liked him and was willing to be with him then.”

Compare those depictions to that of Zhao Pan’er in “A Dream of Splendor.” Not content with defacing the meaning of Guan’s text, the showrunners make Zhao a fallen noblewoman — secretly the equal of her romantic partner. It’s an increasingly common trope in contemporary dramas, where it seems like the only “correct” matches are those in in which the hero and heroine aren’t just well-matched in love, but also in social status.

Guan would have disdained such contrivances. Although he occasionally wrote about noblewomen, he saw no intrinsic distinction between them and courtesans. One was trapped in a golden birdcage, the other in a dance school, but both are treated as objects to be bought and sold by the people around them. A still from the webseries “A Dream of Splendor.” From @电视剧梦华录 on Weibo

The problems with “A Dream of Splendor” go beyond gender and reflect a broader passivity in the face of an unjust world. Zhao and Song both recognize that the values of their age are wrong, but rather than push back or pull together, their only strategy is to wait for a “good emperor,” a prince in shining armor who will right the wrongs done to them.

In the meantime, the show lets Zhao exist outside the harsh realities of her era. She can never be impure, never be unchaste, never fall in love with the wrong person, or be of too low birth to marry the right one. It’s a depiction of gender, class, and power far more trite than anything found in Guan Hanqing’s 700-year-old body of work — a covertly misogynist tale of submissive, high-class women waiting for fate to save them packaged as female empowerment.

(Header image: A still from the webseries “A Dream of Splendor.” From @电视剧梦华录 on Weibo)