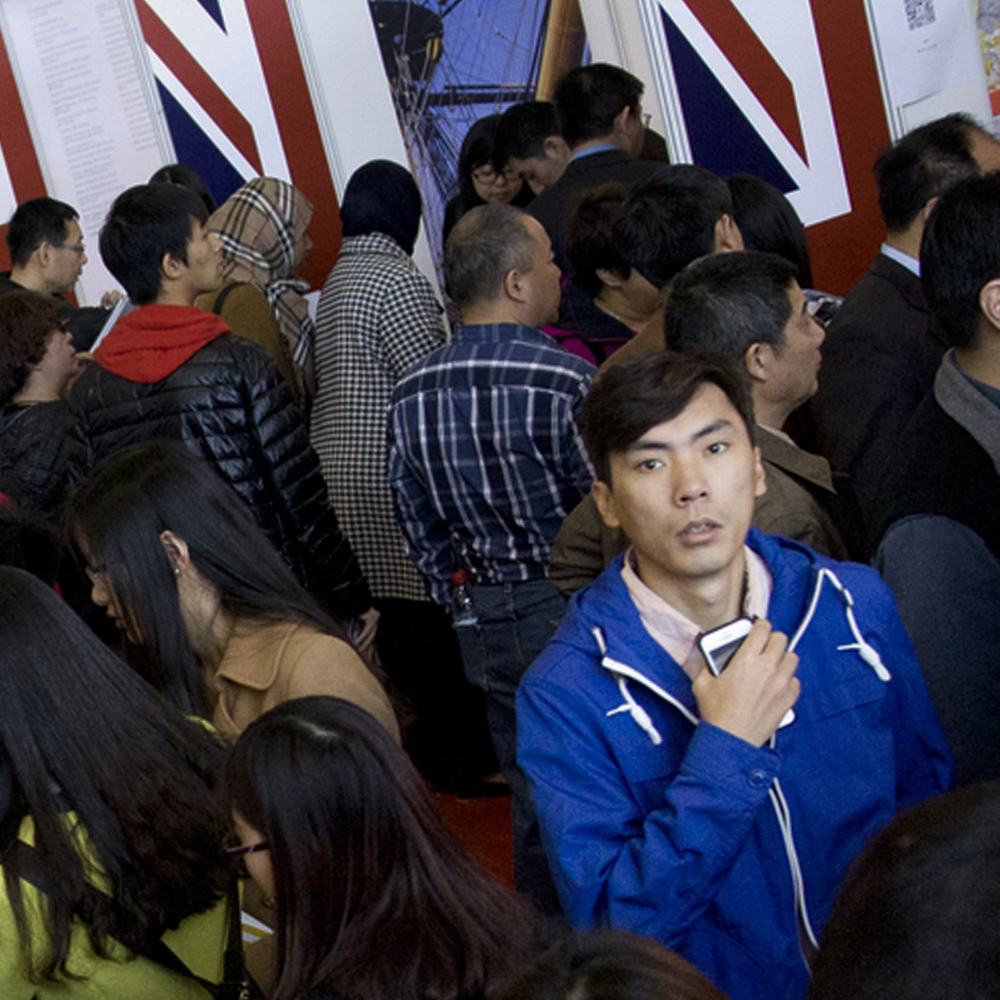 When the value of the British pound hit a historic low against the dollar last Friday following Britain’s surprise vote to exit the European Union, not everyone thought it was bad news.

For young people studying in the U.K., a deflated local currency could trigger lower tuition bills and a quick win on currency conversion, say education consultants in Shanghai.

For starters, Zhang says he will remind his clients that now is a good time for them to exchange their yuan for sterling. “Compared to the previous rate,” he told Sixth Tone, “they can definitely save a significant amount of money.”

Sixth Tone spoke to a student, Chen Yili, who will be attending the University of Glasgow this autumn. She arrived in the U.K. earlier this summer to begin language classes, and she intends to exchange her remaining yuan for British pounds as soon as possible.

“I can save at least 10,000 yuan since the rate decreased,” she said. “For me, the benefits of Brexit will be short-term, since consumption in Britain will see a downturn and shopping will be cheaper.”

Alongside the falling pound, the value of the Chinese yuan has also dropped. Yesterday the People’s Bank of China set the yuan’s fixing to 6.638 per U.S. dollar, the highest it’s been in five and a half years.

A weakened yuan, however, will not prevent Chinese students from benefitting from the U.K.’s currency crash.

Yolanda Deng is a 22-year-old student from Chongqing who recently graduated from the University of Sheffield with a degree in international relations and politics. She’s about to begin her master’s degree in the same subject at King’s College London.

“My friends are all asking around about when they should buy British pounds,” she told Sixth Tone.

After markets opened in Asia this morning, the U.K.’s currency gained slightly against the dollar, after it had fallen to a 31-year-low of $1.3122 on Monday, sparking talk of the pound potentially reaching parity with the dollar in 2016.

When it comes time to pay tuition fees in September, students from abroad may find their bills are lower than expected.

Higher education costs for international students — who do not benefit from the student loan system and are unable to live at home — can be exorbitant.

Lei estimated that the tuition fee for a one-year postgraduate business school place can cost between 17,000 and 20,000 pounds, while annual living expenses amount to around 8,000 to 10,000 pounds. The education consultant added that his Chinese clients can save up to 265,000 yuan due to the generous new exchange rate.

For those considering moving abroad to continue their education, the pound’s fall could act as an encouragement to head to Britain.

Deng won a scholarship that covered her tuition fees for her first year of study in the U.K., but her family had to dig deep to pay for years two and three. She says her parents are “quite happy” about the currency fluctuation following Brexit.

“For foreign students the tuition fee is really high, so I think scholarships are really important for some people, especially those from the middle class,” Deng said. “If the tuition fee is lower, these students will be more likely to look to the U.K for university .”

Additional reporting from Wang Lianzhang, Li You and Andy Boreham.